Read the story of Chewie.

Explore articles and other info about this series. 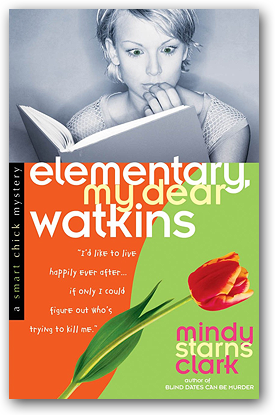 "...keeps you reading into the night."
—RT Book Reviews

When someone tries to push Jo Tulip in front of a New York train, her ex-fiancé, Bradford, suffers an injury while saving her—and the unintentional sleuth is thrown onto the tracks of a very personal mystery.

Jo's boyfriend, Danny Watkins, is away in Paris, so she begins a solo investigation of her near-murder. What secret was Bradford about to share before he took the fall? And when Jo uncovers clues tied to Europe, can she and Danny work together in time to save her life?

Blind Dates Can Be Murder 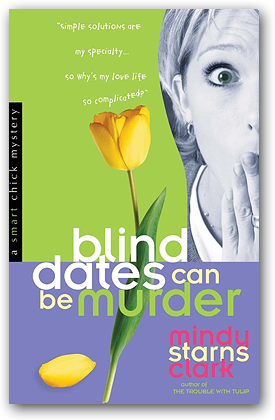 "...a roller-coaster ride read that will leave you breathless at times, white-knuckled at others."
—TitleTrakk.com

Blind dates give everyone the shivers...with or without a murder attached to them. Jo Tulip is a sassy single woman full of household hints and handy advice for every situation. Her first romantic outing in months is a blind date—okay, the Hall of Fame of Awful Blind Dates—but things go from bad to worse when her date drops dead and Jo finds herself smack in the middle of a murder investigation.

With the help of her best friend, Danny, and faith in God, Jo attempts to solve one exciting mystery while facing another: Why is love always so complicated?

The Trouble With Tulip

“You are going to love this mystery.”
—Five Star Book Reviews

Meet Danny Watkins, Jo's best friend. He's a talented photographer who longs to have his work recognized but finds himself taking prom photos and pet portraits instead.

Together, this mismatched duo works to solve a local murder—much to the dismay of the police, who were hoping for an open-and-shut case. But there's something not quite right about the evidence. Jo knows it and Danny believes her.

Turns out, sleuthing brings out the best and the worst in their relationship. As Jo tries to solve the mystery in her neighborhood, she realizes she's facing an even bigger mystery: What's going on in her heart?