Cousins of the Dove series

Follow a family of French Huguenots through several centuries in this exciting saga which interweaves historical suspense with modern-day mystery.

Enjoy this fun infographic about the series.

Explore articles and info about this series. 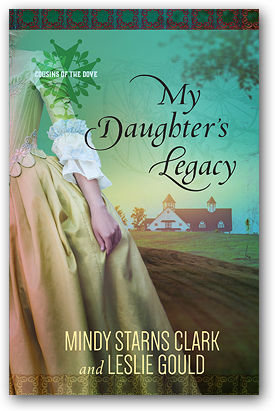 "Four stars. Fascinating historical detail gives the story depth, and the connection between the past and present makes the tale flow seamlessly...readers will turn pages quickly."
—RT Book Reviews

Virginia, 1864. Therese Jennings's immediate family has never owned slaves—until her estranged maternal grandfather dies during the Civil War and leaves his slaves to them in his will. Upset with her widowed mother's plan to accept this appalling inheritance, Therese flees the family estate in rural Virginia and heads to Richmond. As she works by day and volunteers by night, she finds herself drawn to a handsome doctor. But how can she pursue the longings of her heart when the world she has always known is falling apart around her?

Virginia, Present Day. Nicole Talbot is finally on track and doing well after years of substance abuse. Thanks to a car accident that nearly took her life and ended up saving it instead, she has managed to get sober and stay that way. Now she's back in college, pursuing a degree in social work, with her wealthy grandmother picking up the tab. But there are strings attached, and when Nicole is forced to choose between honoring those strings and doing something she knows is right, she risks losing not just the financial backing of her grandmother but the trust and support of her entire family. Meanwhile, Nicole struggles to hide a growing attraction to her new boss, a man who is off limits in more ways than one.

My Daughter's Legacy presents a thrilling tale of two women, centuries apart, who are forced to move beyond their past mistakes, make difficult choices, and open their hearts to true love at last. 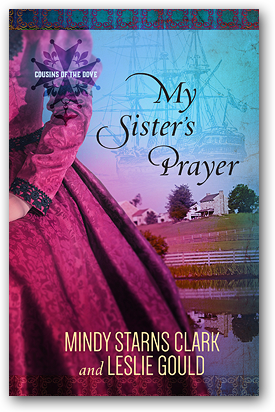 Virginia, 1705. Celeste Talbot is usually such a sensible young woman—until she falls for an English soldier reassigned to the Colonies. Leaving her Huguenot family behind, she sets sail for America, only to realize that her younger sister Berta has been kidnapped and forced on board the very same ship. Whom can Celeste trust? The dashing soldier? Or the vigilant carpenter who remains by their side in the perilous New World?

Virginia, present day. Madeline "Maddee" Talbot has her hands full when she agrees to take in her younger sister Nicole following a serious car accident. The young women grew apart when Nicole fell into drug addiction, and Maddee prays this will be the start of a closer relationship between them and a better life for her sister. But as they investigate a trauma from their childhood, Maddee must keep a diligent eye on Nicole—and the shadowy figure watching them from afar.

My Sister's Prayer tells an epic tale of two women compelled to protect their sisters, confront their fears, and navigate the muddy waters of betrayal to find true love. 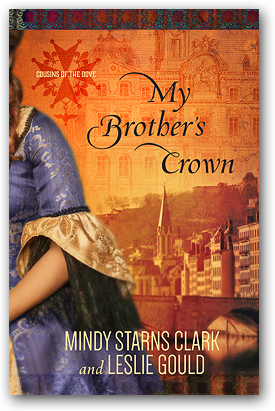 "This is a fascinating start to a new series..."
—RT Book Reviews

France, 1685. Catherine Gillet knows her brother, Jules, wants to protect her from the sinister threats of the French crown. But Jules is involved in a potentially deadly enterprise, one connected with an encoded document. When his actions put the whole family at risk, will Catherine find a way to save them?

Virginia, present day. Renee Talbot, a direct descendant of Catherine's, is fascinated by the document that's been part of her family legacy for more than three centuries. Certain its pages hold hidden secrets, she takes a closer look—and makes a shocking discovery. But when memories of a childhood trauma are rekindled, she's forced to seek answers of a different kind. Inspired by the faith and bravery of Catherine, can Renee find the truth and face her deepest fears at last?

My Brother's Crown is an epic story of two women, centuries apart, each discovering her own hidden bravery, standing for what she believes in, and finding love in unexpected places.