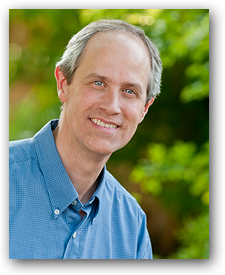 John Campbell Clark is an attorney and CPA who works in the Christian nonprofit field. Married to Mindy since 1988, he has served as her brainstorming partner, research facilitator, and first reader for all of her books. A lifelong Titanic buff, John was thrilled to coauthor with her on Echoes of Titanic.

Explore articles, videos, audios and other info about this book. 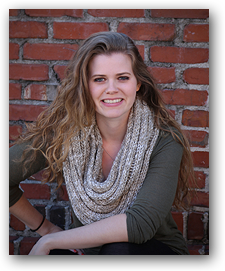 Emily Clark is currently an MFA Creative Writing candidate at University of North Carolina Wilmington, where she was awarded a merit-based writing fellowship. She was also the recipient of the Thyra Ferre Bjorn Creative Writing Award, which is given to Eastern University's graduating senior "with the greatest writing potential." As an undergraduate, she worked on the school paper and was a tutor in the school's writing lab. Emily is the daughter of bestselling author Mindy Starns Clark and has helped with many of her previous books. Amish Christmas at North Star is their first co-written published work. 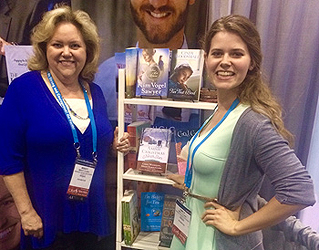 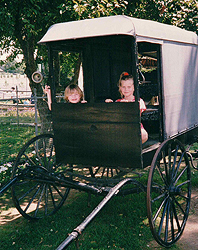 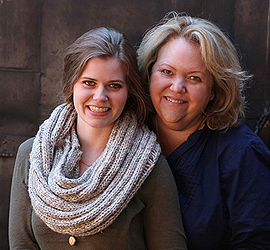 The Song, "Quarter for a Kiss"

This romantic song was written especially for the Million Dollar Mysteries series by recording artist (and brother of the author) David Starns. With its languorous saxophone and lilting melody, it's the perfect mood-setting tune to listen to as you read—or to dance to under a full moon with your own true love!

Quarter for a Kiss Lyrics
By Dave Starns The moon winked bright
Like a coin fresh tossed
In a blue pool too spacious to miss.
I wished and then
Threw my caution to the wind
And paid a quarter for a kiss.

Autumn breeze played its music in the trees
And a bobwhite sang through the mist
It's a dime a dance
But if you'd care to take a chance,
Just a quarter for a kiss.

How could I convey the feeling
After all this time of longing from afar?
How could I say my heart was reeling
Without revealing
I'd let it come this far?

Your lips met mine
And I knew that coin divine
was an investment in our future bliss;
Let the Rockefellers try
To find something they could buy
That could equal the value of this
For we found our love
Like a dividend from above,
With a quarter for a kiss. ©2004 Dave Starns, You Call This Music, ASCAP 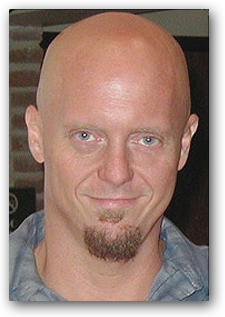 Dave Starns grew up in Hammond, Louisiana, and in 1979 moved to Los Angeles. After finishing a degree in film production, he got a job as a recording engineer. While keeping his positions at two L.A. recording studios, also began working for Rhino Records as a staff Producer and Video Director. During this time, he was a member of Big Daddy, a band which released four albums and scored a top ten hit in England, where they toured heavily.

After leaving Big Daddy, Dave formed Jump in the Water, a band which released two albums, one for MCA and one for Polygram. In the middle of all this, he continued to produce and engineer projects, working with countless clients, including the Disney Channel, Ray Manzerak (of the Doors), Universal Pictures, Steven Stills and Graham Nash, The Turtles, CBS, Elvira, Little Richard, Van Halen, Mamie Van Doren, Bobby Boris Picket, Jesse Ventura, Kool & the Gang, Edgar Winter, NBC, Joe Frazier, Jackson Browne, The Cars, Dr. Demento, Chicago, The Monkees, Linda Rondstat, Foreigner, The Doobie Brothers, Barry White, Carly Simon, The O'Jays, Alice Cooper, Marvin Gaye, Warner Bros., Talking Heads, and Cher. While he was there, he picked up a Best Instructional Video award, a Clio Award, and a big stress headache.

By 1990, he decided to escape from Los Angeles and enrolled in grad school at Louisiana State University. After 15 years of teaching American Literature (mainly at Southeastern Louisiana University in Hammond), Dave retired from academia and began playing with computers. Now, by day, he writes database software for the Louisiana Office for Citizens with Developmental Disabilities. By night and on weekends he’s still a musician, playing regularly in local gigs, working as a studio musician, and occasionally providing music for feature films (most recently Guess Who starring Bernie Mac and Ashton Kutcher).

Somewhere in there, he still finds time to spend with his girlfriend, his unfailingly interesting adult children, and his very first grandchild.

Listen to an excerpt of the Quarter for a Kiss song